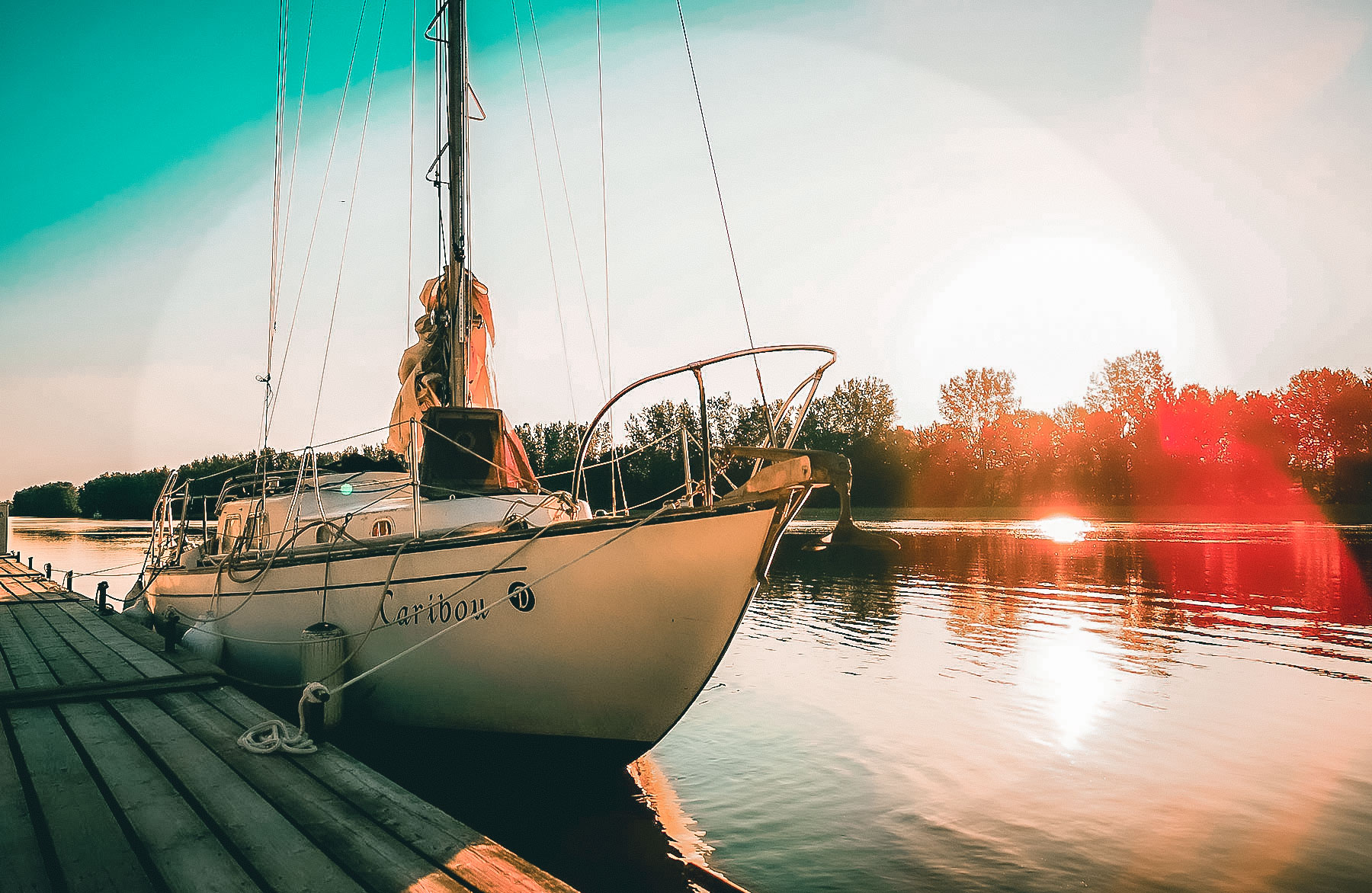 In the winter of 2017, I decided to buy a sailboat. My first. A magnificent Alberg 30 named “Caribou D.”

Although I liked the name “Caribou”, the D and the obligatory dot at the end left me a little less enthousiastic…

With the letter D and ending with a period. This odd spelling I had to use it in all official communications (such as VHF or all communications with Transport Canada for exemple). This, let’s face it, was not practical and not very pretty.

But in reality, I always used Caribou anyway and we were known, her and I, under that same name. I was the captain of the Caribou. At least for the few people who know me!

But that was before…

Before an unfortunate event which was going to spoil my 2020 sailing season. And I am not talking about COVID-19 which also tried its best… but rather a stupid accident! (Go read my post on this subject: Between Sørel and Berthierville.) One tough year for me, 2020.

So, on July 12, 2020, I had an accident which required the rapid intervention of the Canadian Coast Guard. During my emergency call, I used “Le Caribou” as identification. However, I should have used “Caribou D.” the full name for my boat. Indeed, there is another boat which is registered as “Caribou” and which sails on the same body of water as my sailboat and I. This could have been confusing to the Coast Guard if, for example, I had lost consciousness. Fortunately, the other Caribou was not in the same area and I never did faint …

When Bedridden, we have time to think …

And to think about all kinds of subjects … I figured that several weeks of convalescence (I’m on the 10th at the time of writing this article) without being able to move too much encourages deep thoughts?

I started by questioning myself about plans with my sailboat a bit. Am I doing it the right way from the start or should I do it differently? Or if, quite simply, I should just give up sailing . Because after all, maybe sailing isn’t for me?

Quickly, however, my « sailor » instinct took over.

I like being on board, offshore, feeling the force of the wind acting on the mainsail, hearing the sound of the waves hitting against the hull … I like the silence of the sea, I like sailing!

I have worked a lot on this Alberg 30 sailboat. She had lacked love in recent years, alone, on the hard. She was left to the whims of Mother Nature. So much so that the poor ship wasn’t seaworthy …

I began its restoration in the summer of 2018. I wanted to give it back its “pedigree” as they say. After the inspection of a surveyor, I was left with a lot of important work to do. Especially at the level of the structure. But I will tell you more about it in a future article. 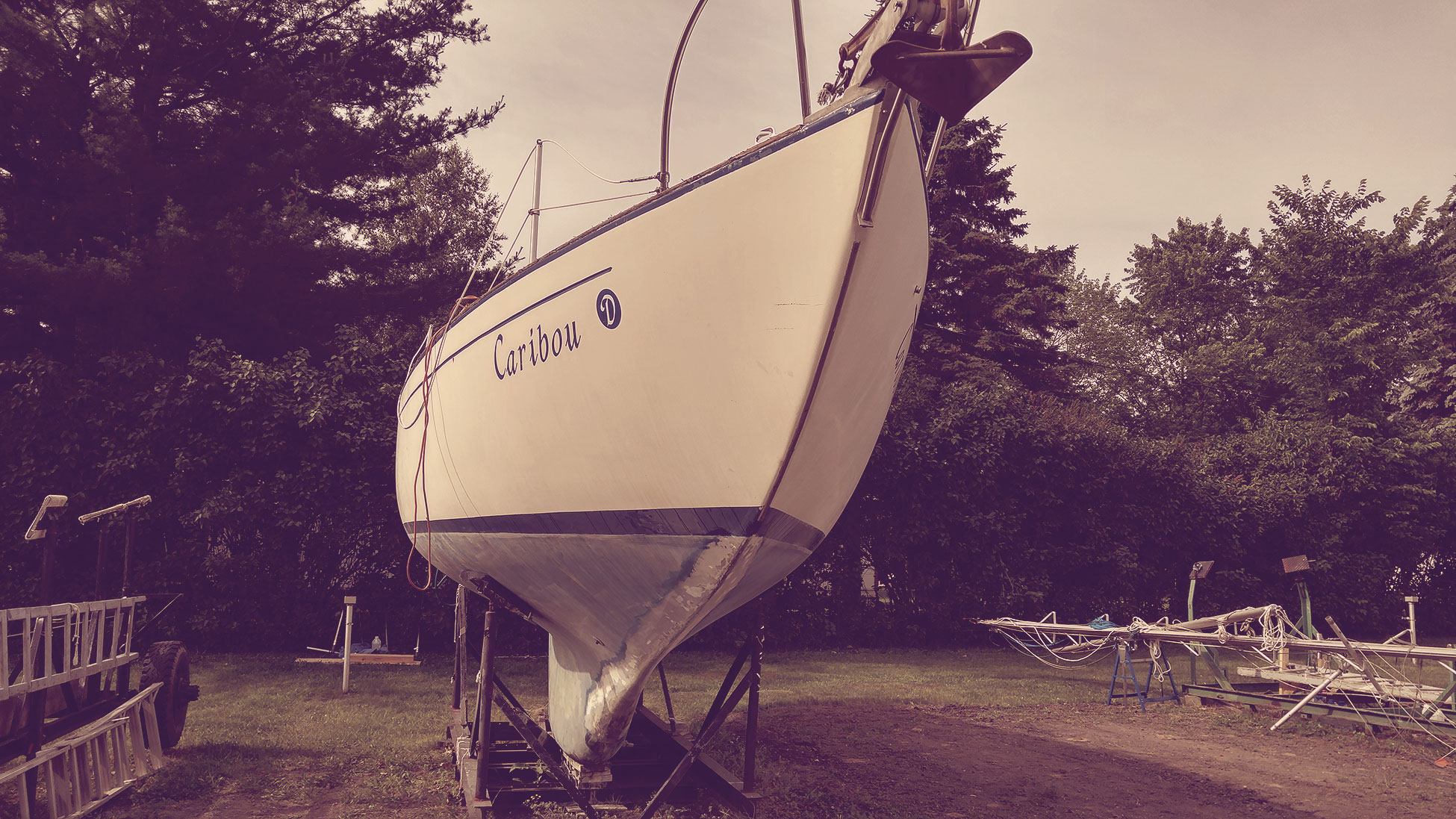 Are we victims of a curse?

In my thoughts, I realized that the name Caribou D. was not my choice. It was imposed on me, so to speak, it had the personality of the one who had chosen that name. Even if I found it original, it was not me who had “baptized” the boat. The Caribou is my boat! Do I have to embrace her whole story, the good and not so good. Her feelings of neglect? What if she, like me, was the victim of some bad luck?

Many participated. I take this opportunity to thank you all!

I got all kinds of suggestions. Some of them wacky to tease me, and other time just plain wacky …

So I called Transport Canada to ask for more information and was kindly directed to their vessel registration website.

I did some research on the site, just in case, to see if I could just change the name to “Caribou”. But as you can imagine, the name “Caribou” was already registered to a boat. Honestly, if I could have put my hands on it, I would have been very happy.

So I decided to complete the required documents for a name change for the boat. I explained in this post: How to change the name of your boat

While completing the online form # 13 (well, well … lucky 13) … requesting name changes to a vessel, which requires three choices of name, I use the vessel name availability search tool on the website to validate my choices. And this bright idea comes to me to search for: Le Caribou!

Bingo! It is available!

However, it was refused. Indeed, the article « Le »in front of the name is not considered part of the name, and since Caribou was already registered, I could not use Le Caribou. The other two choices I had provided were bogus names, so I found myself back to square one …

I would like to thank the specialist from Transport Canada who took the time to call me back. In doing so, my request was processed very quickly thereafter. Thank you so much! 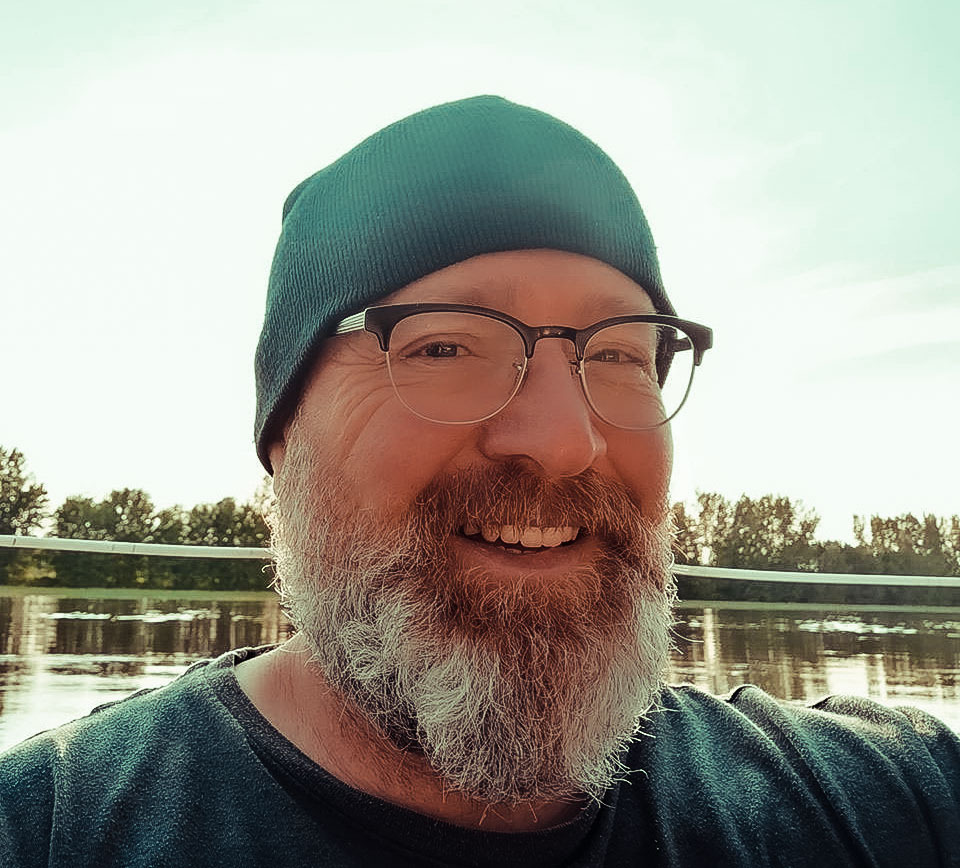 I told you previously that I had received several suggestions. And one of them that came back often: Viking. As it seems that I share some physical characteristics with these ancient people (for you to judge from my photo), it deserved some consideration …

Not available … but a good lead!

Unsurprisingly, Viking was not available. According to Transport Canada’s research tool, it could also be found in dozens of variations: Viking black, Viking red, Vicking Son, Royal Viking, Viking 1, 2, 3 … in short, 75 in all.

But I have not said my last word. Googling a bit for the term Viking, I went to see the etymology of the word. I learned that the word Viking is derived from the ancient Norse Vikingr.

Changing the name of a boat brings bad luck …

According to superstition and maritime tradition, one should not change the name of a boat in order to not incur the wrath of Neptune. Or, if you want to do it, you have to cut the macoui. The macoui is attached to the name of the boat and forms in its wake as a the great snake that permanently follows the boat.

Each boat should only have one macoui. Le CaribouD. already has his from its first baptism. When it is renamed, there will therefore be a second one and each macoui will compete to become the exclusive macoui of the boat … You must therefore rename the boat by cutting the macoui attached to the old name, before giving it the name that the owner has chosen. A friendly boat will follow the renamed boat. The owner will pour a glass of rum at the back to get the macoui drunk.

During this time, the friendly boat will come, three times, to cut the wake as close as possible to the transom.

The macoui hates loud noises, we will give a big blow of the foghorn each time. And the link that unites the macoui to the boat will come loose. Complicated ? Not that much…

All that remains after that is to rename the boat without forgetting to thank Neptune by also pouring him a good libation, starboard side.

VIKINGR, adventurer of the sea

The etymology of the word “viking” comes from “vika” which means adventurer in Old Norse (ancient Scandinavian language). The term “vīkingr” refers to the “adventurers of the sea”.

Etymology of Vikingr according to Wikipedia

The word viking was accepted in French in the 19th century and designates, in the modern sense of the term, a “warrior, explorer from Scandinavia”. This exact etymology is not certain.

The word viking is mentioned for the first time in Old Icelandic as víking (feminine word) in the expression fara í víkingu “to plunder, to maraud, to piracy”. From this word derives the masculine form víkingr (-s, -ar) which means “person who practices piracy”, therefore “pirate”.

The word víking appears late in Old Norse, which suggests that it is a borrowing from another language, most certainly from Old English, where the word wīcing, which means “pirate”, is found dating from the 8th century. (and in Old Frisian, in the form wī (t) sing). Indeed, the oldest known uses come from 8th century Anglo-Saxon texts, with the mention of various amalgams of the word like uuicingsceadan, uuicingseadae or saewicingas, all formed on -wīcing-. Their theme is maritime activities and in particular piracy.

A widespread but erroneous etymology, makes it a derivative of the Norse vík “cove, cove, arm of the sea between two islands”, also having the original meaning of “place where the land gives way” (derived from the verb vikja “to cede”) , hence, by extension, the meaning of “bay”, that is to say “place clear of the coast which allows to dock” (cf. toponyms such as Reykjavik in Iceland or the beaches of Plainvic and Vicq en Cotentin, etc.).

More recent etymological research, based on already existing work, has emphasized the existence of the nautical measurement vika (“distance traveled at sea by two teams rowing alternately”), whose radical vik- is found in víking, but also in Old English wīcing. Old Frisian wītsing going all the way back to Proto-West Germanic * refers to wīkingō (“change of rower”) and * wīkingaR derived from the first and meaning “man rowing alternately”. What is conceivable is that it refers to a time when the ships circulating in the North Sea were rowing boats. Subsequently, specific meanings would have evolved in various languages ​​where they were perpetuated to mean maritime expedition, warrior-sailor, pirate.

I did a little research on it. Without much success. And then I found!

I contacted a few specialists studying that time period who came back to me with suggestions. One of them, Mr. Christophe Bord, doctor in Scandinavian studies at the University of Paris-IV-Sorbonne, is presently a lecturer (English & Scandinavian studies) at the University of Toulouse-II Le Mirail. He is the author of books and articles in the field of linguistics, diachronic and synchronic Nordic in particular.

This very qualified gentleman, therefore, was kind enough to answer me.

Coast GuardLegends
Legislation The boat The captain No Comments 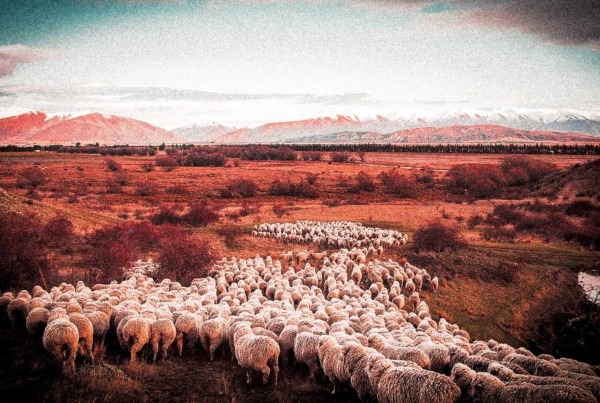 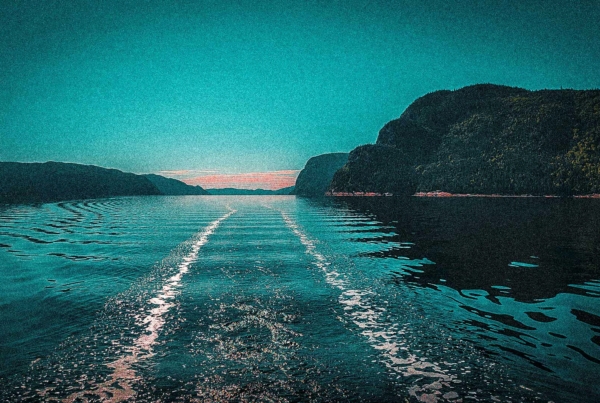 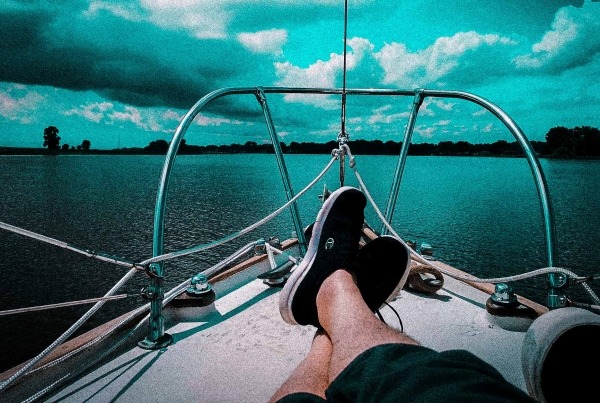 Vacation : How lucky you are!