The Cards of Fate
– Viking Oracle –

For centuries, Norse myths were transmitted orally, notably through Scaldic poetry which elevated the narration of mythological epics into an artistic expression. A number of these mythological poems were compiled in the 13th century in Poetic Edda. The Icelandic Christian historian, Snorri Sturluson, used this ancient oral culture to compose his 13th-century Edda in Prose. These sources constitute the majority of our knowledge on this mythology. This knowledge is supplemented by the viking sagas (the most important of which being the Völsunga saga) as well as evhemianist texts (such as the Geste des Danois)

Long forgotten, this mythology was rediscovered in the 18th century through the Romantic movement in Europe. While nordic myths and beliefs were believed to be largely transmitted orally, the discovery of a card game in Iceland at the turn of the century was a surprise for many. It appears that the Viking often resorted to this type of fortune telling to help them make decisions about their fate.

By combining historical knowledge already acquired, it was relatively easy to reconstruct the meaning and symbolism of these viking cards. Additional information found on runes (language and alphabet used by the Vikings) not far from the Icelandic region where the cards were discovered have allowed us to determine how they work. In fact, these cards are somewhat similar to those used for modern tarot. 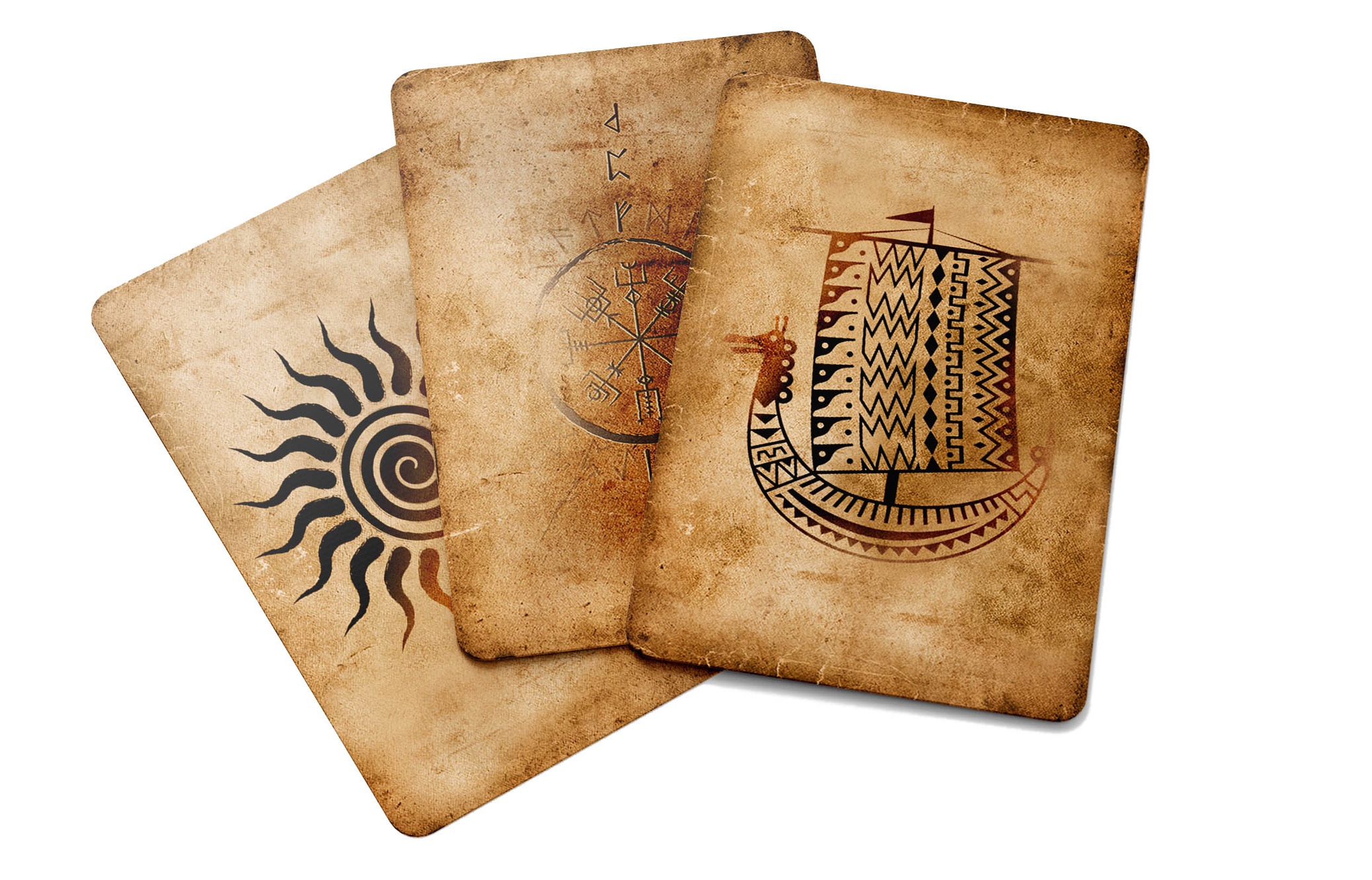 How does it work

It should be noted that the use of the Viking cards of fate is only for the near future (one season, so 3 months maximum). The Viking believed that the past and the present were already known.

(For now, the results will be in French. If there is a lot of demand, I will translate the game. Which will take a little while!)

Sur l'eau depuis / On water since