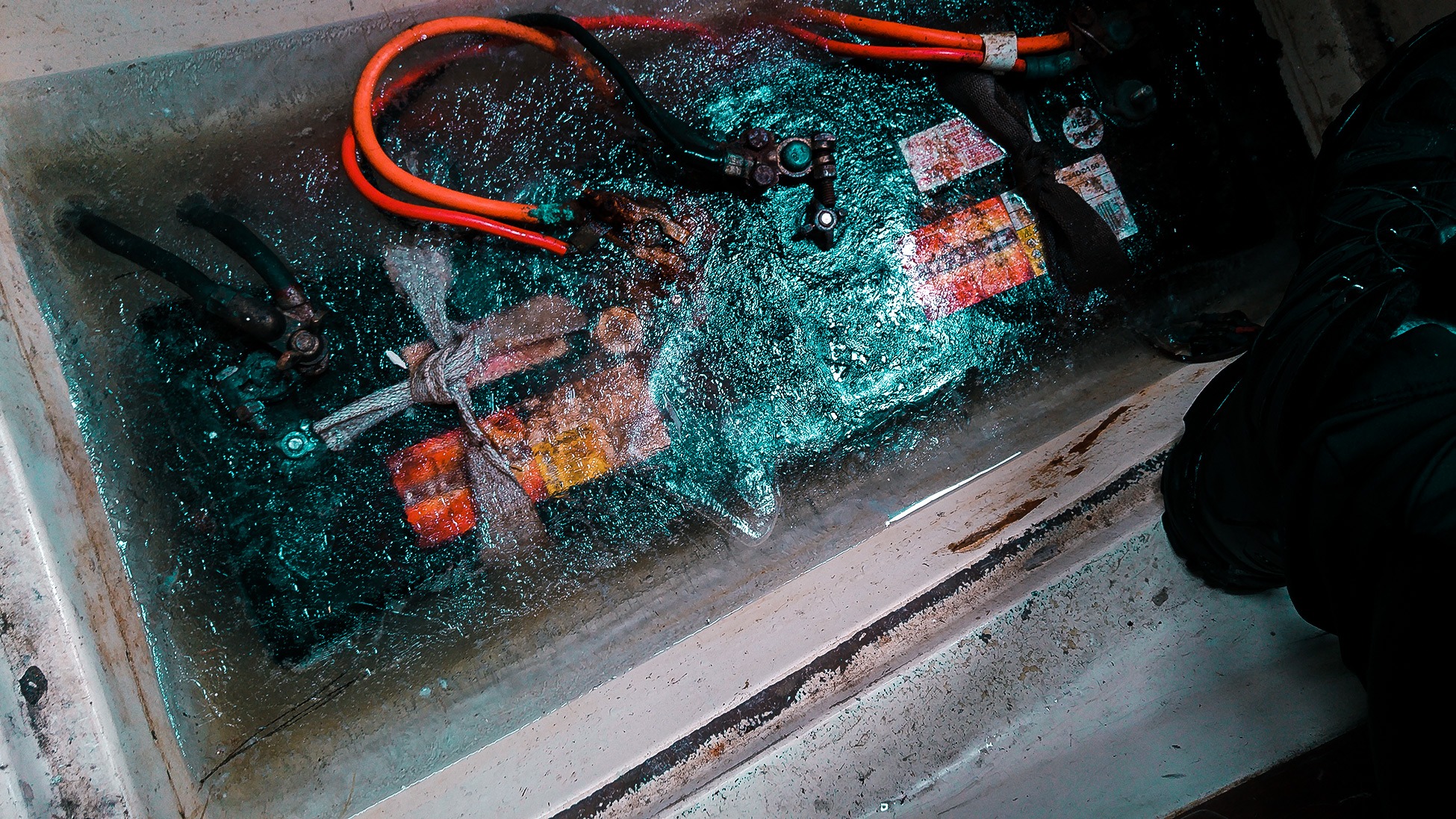 Eye of the Cyclone 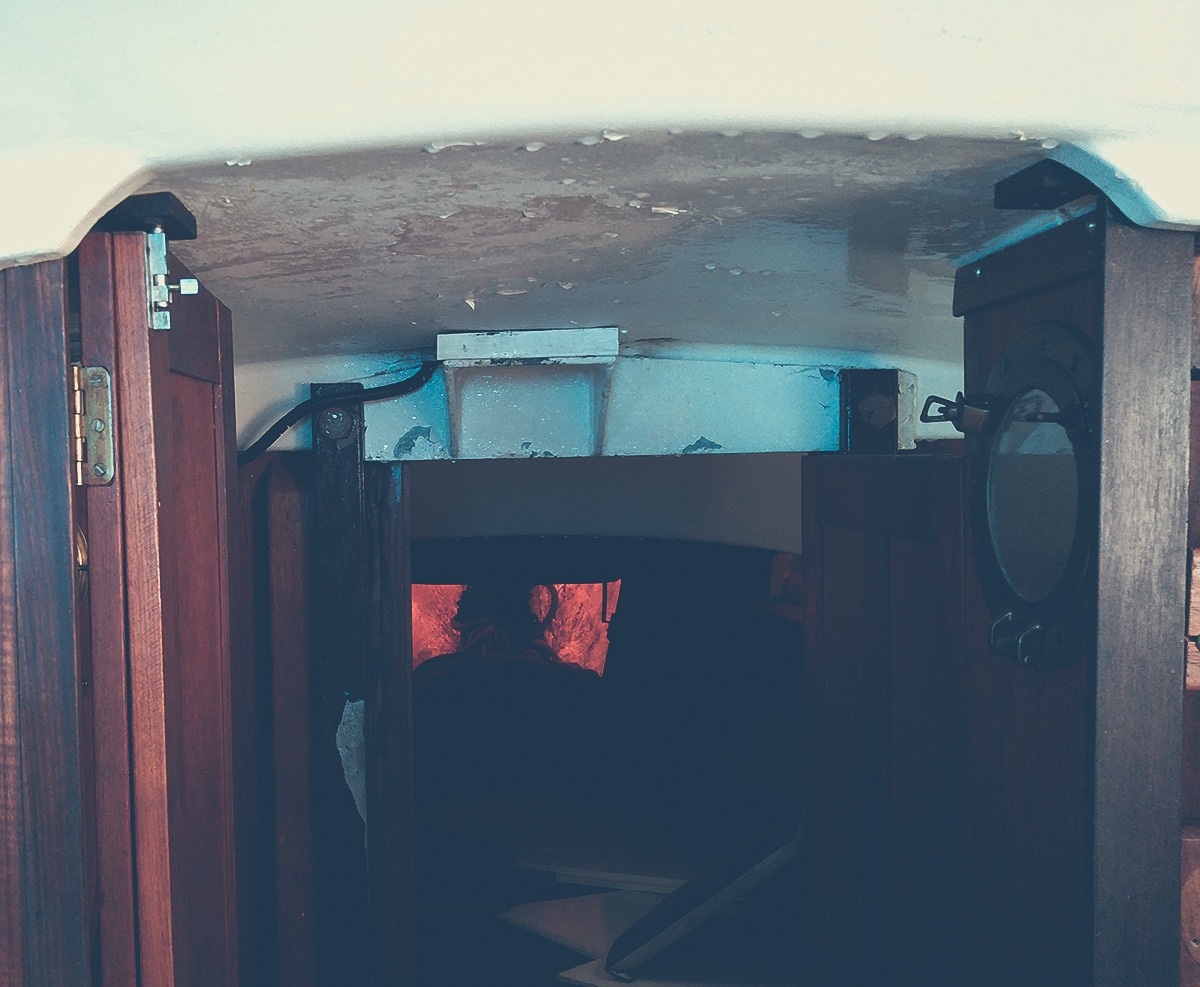 A bad surprise
sometimes hides a beautiful one

When I bought my VIKINGR sailboat (which was called Caribou D. at the time), in the winter of 2017, I had obviously visited it a little earlier, in September of the same year. And I even brought in an assessor / inspector to find out the extent of the damage and possibly the work that would be required to correct all that.

I had therefore noticed, during my visit, humidity on board. Droplets beaded from the ceiling. The cushions were soggy and I was going to find out later that the moss inside was moldy. A detail, when you know what I had to do to restore this famous sailboat. But who says humidity, probably also says accumulation of water.

Buying a boat in winter is not ideal, you will tell me. And you wouldn’t be wrong!

During the winter, I made a little visit to my boat. History to see the feeling of being on board, all alone like a grown-up. I covered the 250 km that separated me from him, with the enthusiasm of a 10-year-old child unwrapping a Christmas present. I’m hardly exaggerating.

When I got there, I removed part of the canvas covering it so I could get on board. She had a few holes. A good foot of ice lines the bottom of the cockpit. But hey, it’s normal I tell myself. With the winters we have, freezes and thaws, we shouldn’t be too surprised. I’ll just have to buy myself a new canvas.

But, I was far from imagining what I was going to discover inside.

When opening the panels that allow me access to the interior, I noticed that the panels of my floor were raised. I didn’t remember seeing them that way when I visited in September. So I go down to the square. The gray water tank which is in the center of the boat, in the middle, is raised by 4 or 5 inches. Astonishing!

To take my investigation as a sailor who has never sailed a little further, I remove the floor panels that cover my batteries. Surprise! The batteries, which are still connected, are completely covered with ice! In fact, the hold itself has turned into a gigantic ice cube. 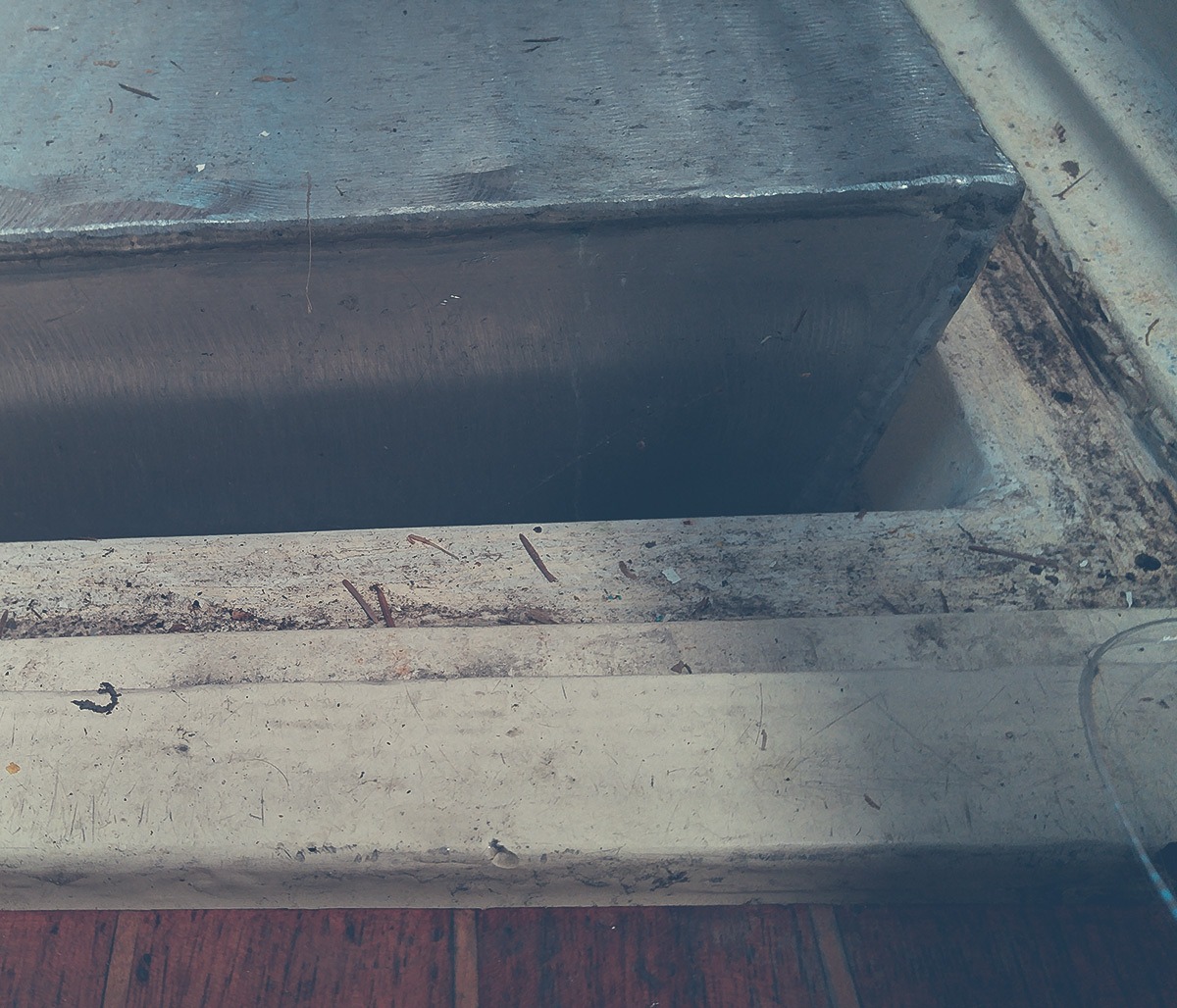 Knowing the properties of water when it freezes, ie expands, I imagine this is probably a disaster.

I had brought myself a liter of water. And since I’m winter camping, luckily I still had a small stove in my car that I use to melt snow and heat my bags of freeze-dried foods. While searching aboard the sailboat, I also found a cauldron. I boiled the water from my bottle that I poured on the batteries (I also thought of turning the battery selector OFF) in order to try to thaw them and be able to take them out. Obviously, it was not a great success on the first try. But I got there by spending the night collecting the water already poured in to boil it again and then to always collect a little more. In the early morning, I had managed to thaw and evacuate about 80 liters of water.

During the night and not without difficulty, I managed to get the two batteries, of 50 lbs each, out of their awkward position. Unfortunately, I damaged the pole of one of them, rendering it unusable. But between you and me and the wood box, they’ll just be good for an echo-center. Because to be all winter connected and in the ice …

But, it was not knowing well the Cyclone!

Out of pure curiosity, I tested the battery which still had its two poles. Result: 12.6 V. I place it on a deep cycle battery charger. I am curious to see. I charge it like this for a few hours, until it’s fully charged, and then I test it on a battery tester. After a few tests, I have to face the facts, and against all odds, this battery still has a lot in store.

At the start of the next season, I bought myself a new battery to replace the one I had broken. Not the same brand, but the same power. Anyway, I have hardly any devices on board and my energy requirement is minimal. I’ll see! If the Cyclone fails, I will have tested it in conditions of use.

For the next three years, I used both batteries equally. And guess what? The Cyclone was more efficient, held its charge longer and in use, it was more powerful.

Ultimately, it was much better than the other, and it even served as a starter battery for me (I talk a bit about this aspect later in this article).

This year (it is 2021 at the time of writing this article), I have finally made up my mind to install electronic equipment on board. Among other things, a radar, a GPS map reader, a VHF radio, an AIS system and ultimately a cooler conversion system.

As my needs have changed, I need a good battery bank. So I have to purchase two new deep cycle batteries. Obviously, my first instinct was to look for two Cyclones. And if possible, to find the exact same model: C24DC150. After some research on Google, I found the company that distributes this battery: Dixon Batteries.

From chatting with them, I learned that they are Dixon exclusive drums. I take this opportunity to thank Jérôme, who is the representative of Quebec, for this wise advice and for his patience in answering my many questions. Moreover, in one of our many discussions, he tells me that my battery dates from 2013. Which means more than 8 years! In real conditions of use, in addition to being three years without being used, one (or perhaps several) winter spent under the ice, this is excellent news. I even sent him the photo on the cover of this article. And this photo went around the office!

Find out more about Volts, Amps and Watts.

At the outset, what you need to know is that nothing is perfect. It is very often a matter of compromise in relation to budget, available space, use, etc.

But before talking to you about batteries, let me explain the general concepts of recreational electricity (boat in our case).

To help me in my explanations and to allow a better understanding, we will imagine a reservoir filled with water which is used to feed a mill placed lower.

Amps and volts
(current and intensity and voltage)

Tension is like pressure in a pipe. So the more pressure there is in the pipe from the reservoir to the mill, the easier it is to spin the large mill wheel. The higher the tank is placed in relation to the mill, the more pressure (or energy) there is in the pipe given the weight of the water. Even if a valve were placed to shut off the flow of water near the Ferris wheel, pressure would still be present. It is the force of water. In electricity, it is voltage or voltage. Which is expressed in Volts. For boats, it’s usually 12 volts, sometimes 6 volts.

Intensity or even current is like the amount of water that our pipe can carry. The bigger the pipe, the more water it will pass through and the faster the wheel of our mill will turn. We are talking about the number of liters per hour. However, the faster our tank will empty. In electricity, intensity is measured in Amps per hour. This is called the current. To pass more current, we use larger conductor wires.

What about the watts in there?

To measure the final power, we use Watts. Because everything is connected. Everything is in everything. There is a mathematical formula that illustrates the power: P = V x I. So, the power is equal to the voltage multiplied by the intensity.

As you can imagine, we can have fun modifying the values ​​of volts and replacing them with Amps. The more voltage we have, the less amps we need, and vice versa. Since the capacity of a battery is measured in amperes / hour, this means that the more the battery lowers its voltage, the less time will be left to operate an electrical device. The more the pressure in our hose drops, the less time our mill has to run.

And that’s not all

Let’s say your refrigerator is running on 12 volts and using a maximum of 20 amps. Your battery can deliver 100 amps / hour. How long do you think your beer will stay cold?

So, if you use your fridge with the power of your current battery for more than 4 hours, you will probably drink your beer lukewarm!

What I learned from my experience in buying batteries for my sailboat.

In closing, I would tell you that if you are satisfied with the batteries you currently have on board, it might be a good idea to keep them. On the other hand, if you are not satisfied, I suggest you try the Cyclones. I have had excellent service, but most of all, the confidence that these batteries are really efficient and durable. I can’t wait to try it all out this summer with all the electronic and electrical equipment on board. I will update this article by adding a review of my summer.

And you, your kit, how is it? You can give me your opinion by leaving a comment below.

This article on batteries and electricity on board is partly sponsored.
I got $ 10 off Dixon Batteries for every battery I bought.

BatteriesElectricityPower
Life on board No Comments 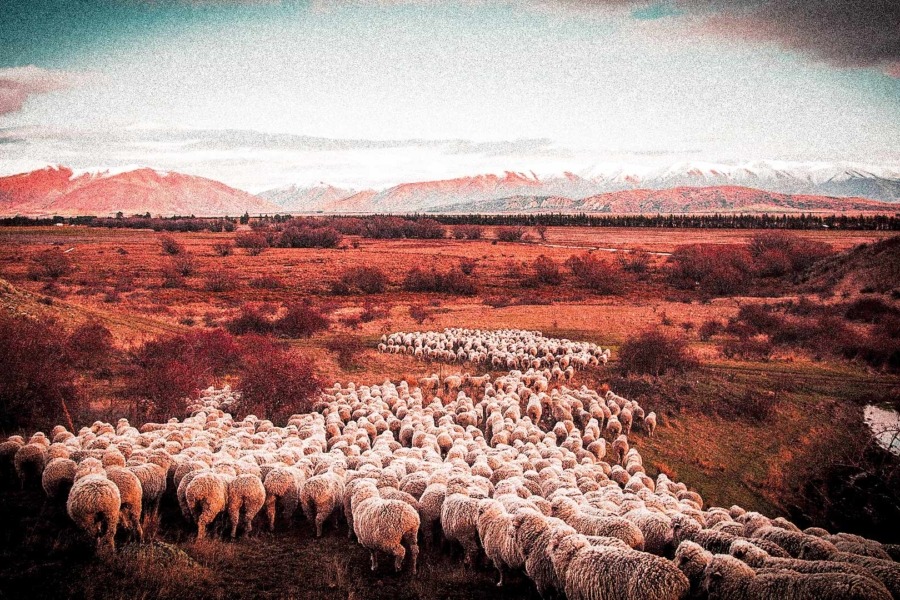 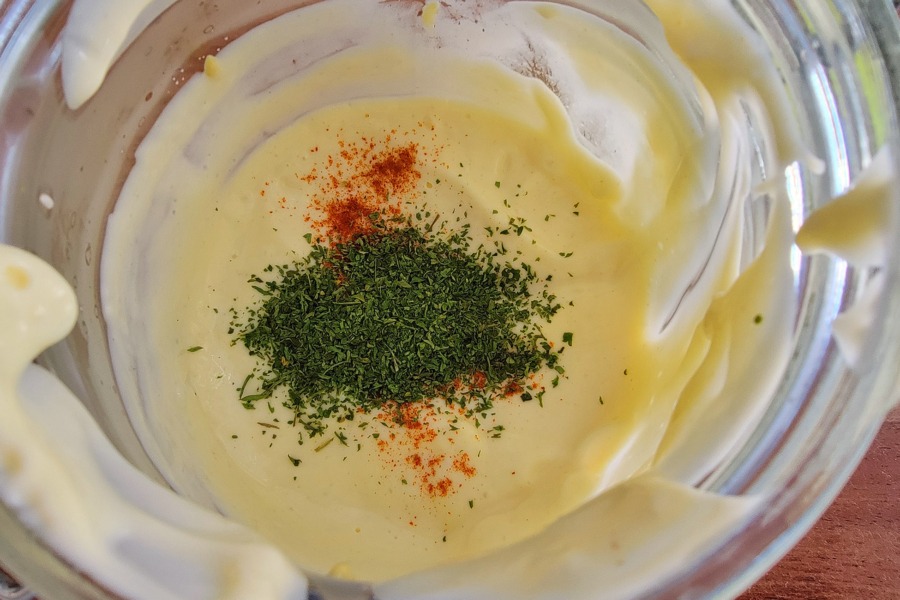 Sur l'eau depuis / On water since